High Peaks Pure Earth has noticed a lot of online activity by Tibetans over the last few days related to Tibetan language. As reported by international media, Tibetan students in Rebkong and Chabcha in Amdo (Qinghai province) and Tawu in Kham (Sichuan province) have been protesting over plans to restrict the use of Tibetan language in classrooms.

Now the protests have spread to Beijing where over 500 Tibetan students from the Tibetan Studies department of Minzu University of China (formerly known as the Central University for Nationalities) held a protest on the campus today (October 22, 2010) at noon. Tibetans on popular social networking sites such as RenRen and MyBudala have been posting photos and status updates about the protests.

The above status update in Tibetan says: “Today at 12, over 500 students protested at Minzu University of China about freedom of language.”

This is the first protest by Tibetan students of Minzu University of China since a vigil was held on March 17, 2008, in remembrance of those who lost their lives in the protests of March 2008. The following photos of the protest in Beijing were posted on RenRen by a Tibetan student: 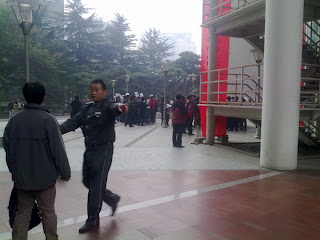 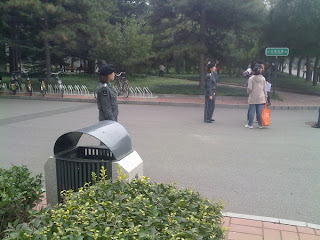 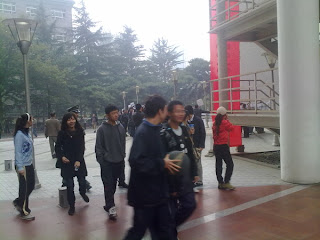 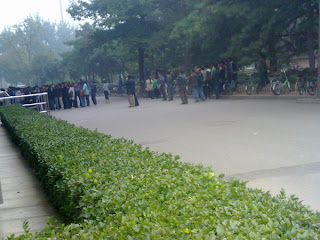 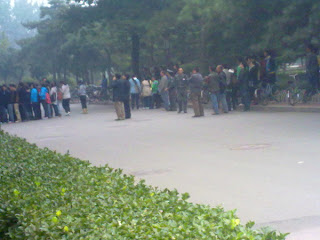 The slogan “Equality of nationality, Freedom of language” that was widely used by Tibetan student protesters in Amdo is being posted online by Tibetan netizens as their status update, see below for example:

Photo albums of the protests in Amdo are being shared by the users of these social networking sites and are posted with messages of support. The photo album being shared below is titled “Peaceful Protest” and the comment below reads, “This is very good”. The same user has added another comment directly below saying, “Haha, how’s it going? I expected a day like this to come, keep it up, we will be successful”. 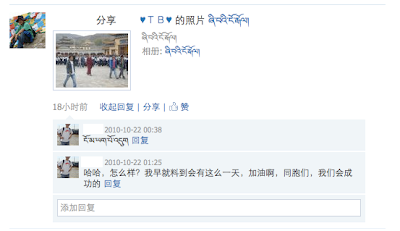 In the latest issue of @MekongReview our very own @abronaaden has not one but three poems/ hear hear... https://mekongreview.com/my-rong-tongue-prodigal-daughter-the-colour-of-silence/

If you’re less than impressed by our selection of Tibetan jokes, feel free to send in some others! Just like this reader did, thanks!