On 31st July 2009, a Tibetan blogger writing from Lhasa posted news of the arrest of Tibetan writer Tashi Rabten (bKra shis rab brtan) who writes under the pen name of Therang (the’u rang) which could mean demons or spirits.
High Peaks Pure Earth has translated the original post from Tibetan that was originally posted here: www.tibetabc.cn/u/cher/archives/2009/2009731165922.html (NB: www.tibetabc.cn is inaccessible at the time of writing)
Various Tibetan blogs have reported Therang’s disappearance and express concern for him, one example is here: www.cmbod.cn/u/lzcljc/archives/2009/21503.html. The photos below are taken from the blogpost on www.cmbod.cn/u/ganglin/archives/2009/21496.html
More details about Therang and his writings can be found on the Tibetan language website Khabdha: www.khabdha.org/?p=3484 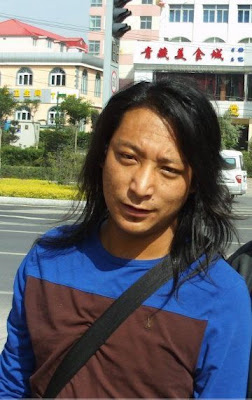 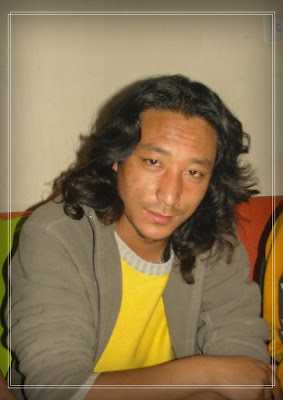 “Bad News”
Intelligent, wise and courageous brother from the land of snows named Tashi (bkra shes), also known as Therang (the’u rang), was secretly arrested by the enemy on July 26th. There are no traces of him left behind, just like a bird took off from a rock.
According to a few reliable friends, after the uprising in 2008, not only did the government interrogate him on many occasions, they also were closely monitoring his movements and making him report regularly on all his activities. At the end of 2008, thinking about the miserable fate of the Tibetan people, he wrote a book critical of the government titled “Written in Blood” (Khrag yig). By applying the meatphor of flesh and blood, the book revealed the oppression and crimes of the Communist government, therefore, he became a thorn in the eyes of the government. The brave and wise Therang is currently undergoing pain and suffering in a dark prison of the Communist government.
Isn’t it regretable for the Tibetan people to lose such a young brave person like him? If all the people with affection for our nationalities and the courageous youths are being disappeared like this, then what is the point of just shouting and raising our fists in the air? Are there able people amongst us Tibetans? Shouldn’t the Tibetan people be rising up when faced with such obstruction? How many people like Therang are there amongst us who are not afraid of talking about the plight of our people? How many people are there amongst us who are as intelligent and as brave as Therang? How many people are there among us who are so young and determined? Shouldn’t we be rising up behind this great thinker?
Written immediately after hearing the bad news from Lhasa on July 28th, 2009.