Today High Peaks Pure Earth has only had to do half the usual amount of translation work! The following blogpost was partly written in English and partly reproduces text in Chinese that ponders the unusual fate of this one poor yak – as captured in an art installation by Chinese artist Jia Hongyu.

The blogger commented that they did not know under what circumstances Jia Hongyu created this art work in October 2007. High Peaks Pure Earth has learned that Jia Hongyu is a member of the Comprehensive Art Department of China Fine Arts College. He participated in fieldwork called “Subverting Shangri-la: An Investigation into Painting Themes Concerning Tibet”, conducted in 2006.

The symbolism of the wounded yak seems obvious, the artist is raising important questions about the fate of Tibet in the People’s Republic of China. Tibetan artists in Tibet have also been using the yak as a symbol of Tibet. Here are artworks by prominent Tibetan contemporary artists. High Peaks Pure Earth readers are invited to be art critics and to give their own interpretations: 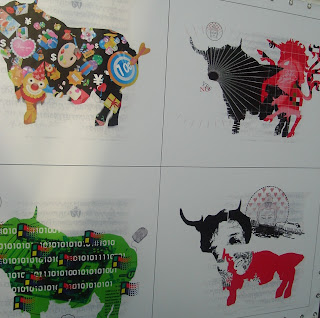 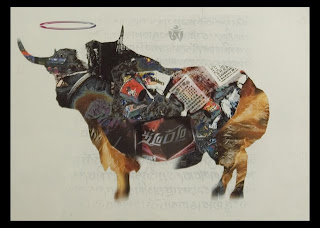 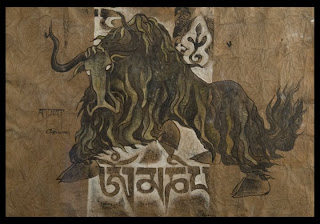 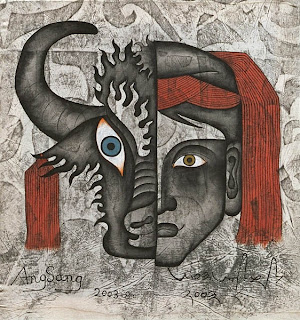 after years a yak finally got his passport
immediately started his world travel
beach – too hot
mountain – too much
New york – too loud
London – too busy
Tokyo – too crowd
Paris – too crazy
…
shortly landed in Madrid
where his cousin bull lives
hug, kiss, music, dance, wine…
but then
shortly ended his life in a bullring
…

The bullfighters who killed madly, hacked the yak to death with swords. This brief story is a fable with many implications: that is a fable for all nation states undergoing the process of modernisation and it also reveals the traveller’s anxiety and worry over prospects and fate. It is more a symptom of people’s common attitude towards strange things. The images of the victor and the defeated are not completely equivalent to the strong and the weak. Perhaps both victory and death are based on fear and misunderstanding, and they are both games of fate. 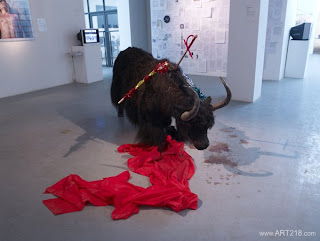 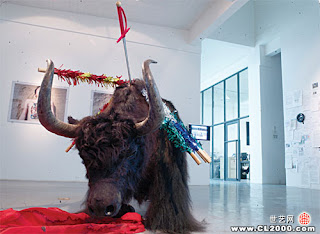 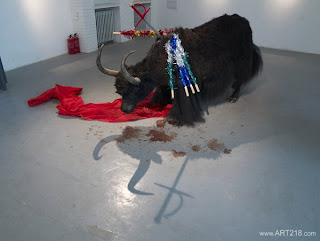