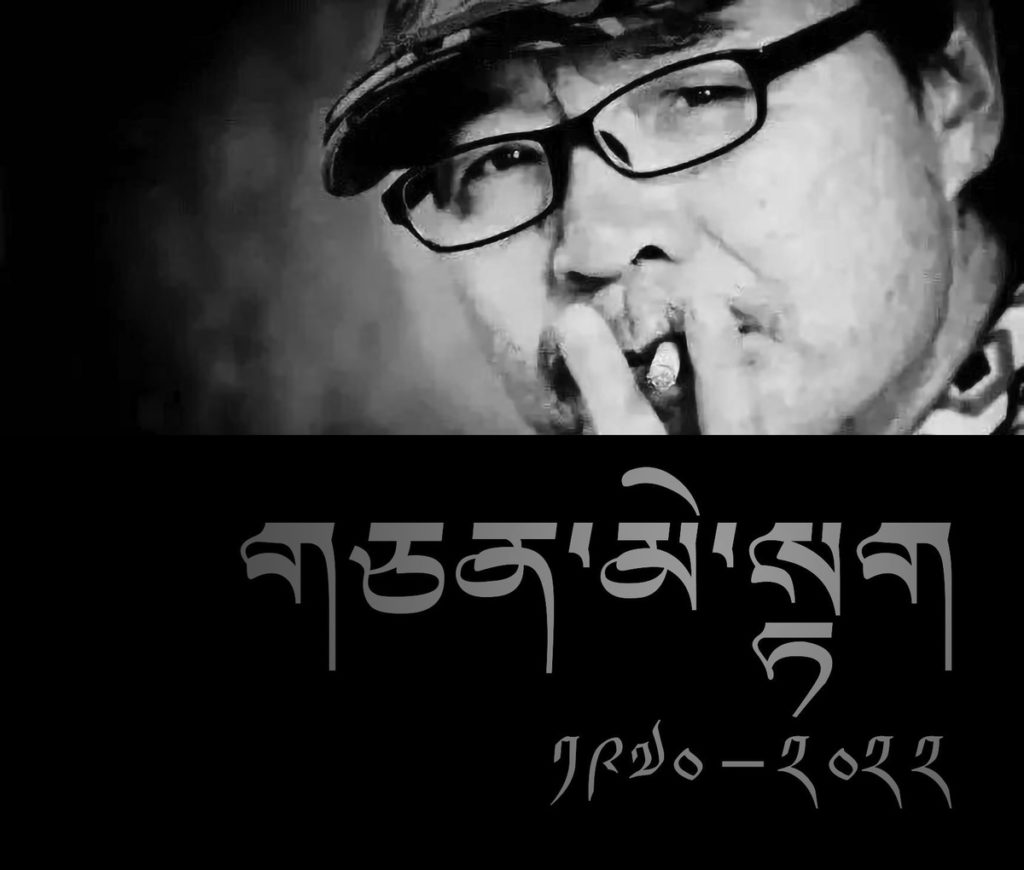 High Peaks Pure Earth presents new translations of eight poems by the late Chen Metak, a prominent poet from Amdo who passed away in Xining in September 2022 at the age of 52.

Chen Metak, meaning “Fire Spark from Chentsa” was the pen name of Sonam Tenpa and he was born in Chentsa in 1970. When he passed away, there were many posts on Tibetan social media in tribute to him.

The poems below were first published in Tibetan on the China TibetNet website in 2017 and translated into English by Bhuchung D. Sonam who has previously translated Chen Metak’s work.

Here, there is a strange world
In this world
Everyone lives with their masks on,
One mask is white, and
The other one black …
Those with black masks are
The ones who are always on their knees,
The ones with white masks are
The ones who occupy high chairs;
When those with white masks pass by
The black ones must fold their hands,
When the ones wearing the white masks
Show expressions of dissatisfaction
Then the black masked ones must
Stand up and offer prostrations together.
Because of the power of this custom
Some have arranged two masks,
When sporting the black one, they walk in great humility
While wearing the white one, they walk dragging their whips behind

When I came into this world
I was the one without any mask,
When I tried to show
My face made up of flesh and bones
To the people of this world, the
Ones who got angry first were
The ones who wear white masks,
With their bows and arrows
They aimed at me as if
Seeing their true enemy,
Bullying me.
Then the ones with black masks
In great fear and panic,
Beat me with their hammers
And threw stones at me as if
Seeing a demon destroyer of the dharma,
Harassing me.

Now,
If you have to come into this world
You must know which group you belong to,
If you choose liars and deceits, then
You must come with a white mask,
If you prefer those who are lazy and indolent
You must make yourself a black mask,
Otherwise,
Do not come to this world,
Enjoy your sleep instead.

“A Stone”
By Chen Metak
Translated by Bhuchung D. Sonam

“I Want to be Someone’s Servant”
By Chen Metak
Translated by Bhuchung D. Sonam

In this life
I want to be someone’s servant.
Each morning,
I would wake her up
Give her warm water and a towel,
I would then boil dri milk
Give her tsampa and butter, then
Hand over her sheepskin garment, her shoes and
Her lambskin hat and her rosary too

After becoming her servant
I would guard her house and the courtyard,
Protect flowers and grass she collected from the hills,
I would safely guard the iron pan, two spoons and
A bowl, and then
Wait for her to return home

In this life
I won’t go anywhere
But follow her at all times
Even while closing my eyes in the end
I would hold onto her belt and
Go to the realms of gods, nagas and humans …

“Half a Poem”
By Chen Metak
Translated by Bhuchung D. Sonam

Whenever I get free time
I write half a poem and
Store it in my bag.
A single poem cannot take me to the Pure Land
Nor can it drag me to hell.
A finished poem
Would be taken away by friends and strangers, and
To those who may like or dislike it.
An unfinished poem gives me
Pleasure and satisfaction, for now.

Snow that fell last night
Disappeared in the morning

Fog that engulfed the morning
Disappeared by noon

The woman I married ten years ago,
Where is she now?

“My Poems”
By Chen Metak
Translated by Bhuchung D. Sonam

These poems that I write
They cannot be too long
Or too short
Neither too heavy
Nor too light
Neither so straightforward
Nor too obscure,
These poems are about the same size as myself
The souls of these poems are pleasant as my conscience,
To tell you the truth,
These are the splendours of my mind
The roots of my body
My affection and my pain
My fire and my chaos,
They are boulders of my anger and embers of my failures
They are wings of my flight
My tongue
My sperm
My sweat
Dust in my eyes that I never liked
Fingers that constantly move on the keyboard
Blood that bubbles red
Tears that are clear as the sky
Torture and oppression …
My mind that shakes
Looking at this world
Filled with lies and violence

These are just some of the poems
So, there is nothing to be surprised about,
These are my life
My aspirations,
I pray that those who read
These poems may attain enlightenment …

Not even a sound of a droplet
In the corridors of the apartments
No coughing sound
Not sounds of talking
Not a sound of lamentation
No one going up and down the stairs
No sound of children playing or crying
No sounds of honking from outside
No music coming from electronic equipment
No sound of wind
No sound from branches shaking
No sound of leaves rustling
No matter how hard one trains one’s ears
Not even the heartbeat of an animal is heard
On a bright day such as this
On such a large place as this
Wondering what big issue may have happened
My heart nearly popped out of my mouth, and
For a long time it did not settle down.

“A Poem in a Bag”
By Chen Metak
Translated by Bhuchung D. Sonam

Putting a poem inside a bag is like
Putting a coin into a purse,
It is easy to forget and also to lose,
But if the poem is with a condom
Then the poem would have an extremely
Happy night with it