Back in October 2008, we here at High Peaks Pure Earth wrote a blogpost about the first Harry Potter book, “Harry Potter And The Philosopher’s Stone” that had been translated into Tibetan (via Chinese) by Norkyil Buchung Gyal (???????????????????? Nor dkyil Bu chung rgyal).

It’s been over two years since we wrote that blogpost but we have constantly received emails enquiring after the book and how to get hold of it outside of Tibet and China. It has also remained a popular blogpost of ours, despite not being that new.

Whilst it might be the final Harry Potter book, “Harry Potter and the Deathly Hallows”, that is starting to hit our screens now, earlier this year, the second Tibetan translation was published in Tibet by the Tibet People’s Publishing House (Bod ljongs mi dmangs dpe skrun khang). Official Chinese state media articles about the translation tell us that Norkyil Buchung Gyal “cleverly translated “Potter” into “Podder”, which means “brave” and “live by fortune” in the Tibetan language.” Quite interesting and far too “clever” for us, we don’t think that it makes any sense!! 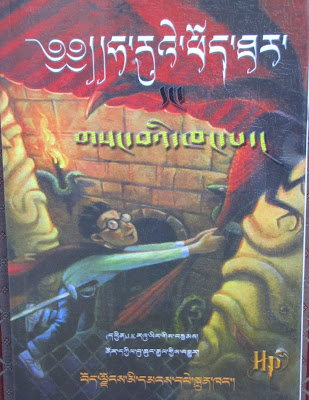 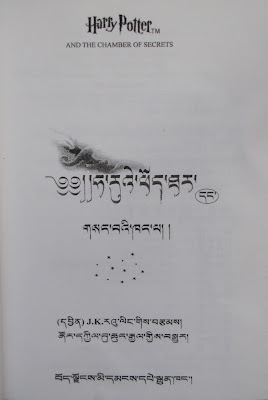 We do expect (and hope) that High Peaks Pure Earth readers might be interested in the Harry Potter translations in Tibetan and want to get hold of them in time for the holidays so feel free to drop us a line on hp****@hi****************.com

Similarly if any readers have read the translations and have any thoughts to share, feel free to leave a comment below.